Android Themes is one of the reasons what makes Android stand out from the crowd. Currently, there are two majorly used mobile operating systems in the word: Android and iOS. While iOS does not allow to theme your device, Android offers tons of options in this area. Customization is one of the key areas where Android has grown a lot when compared to any other operating system that has ever existed. You customize the look of every inch of your device and make it truly unique and yours.

There was once a time where you had to root your Android device to apply themes on your device but that is not the case anymore. Android OEMs have started listening to the users and slowly by steadily we are seeing growing support for native Android theming from many OEMs. While some manufacturers such as Xiaomi, Huawei, and Samsung has started offering full-blown native Android themes support, some others are taking baby steps in that area. Well, something is better than nothing, right?

Themes for Android come in different forms. If you are using a device from Huawei, Xiaomi or Samsung, then you may get a single theme package where you can simply install the one file get your entire Android themed in one click. The reason is that these manufacturers have integrated native theme engine on their device which supports theming out of the box.

We have categorized the Android themes into Launchers, icon packs and more so that you can download and install the ones that fit your needs.

Or if you have rooted your Android device, then you can go with solutions such as Substratum themes to change the look and feel of your device. Even then, substratum only supports a handful of Android device: devices running pure Android, Samsung devices, OnePlus devices (partial support).

But even if you are not using a phone from one of the manufacturers mentioned above, worry not. You can still your Android device to completely change its look and feel. In Android, you can change the following to get the best experience on your device: Launcher, Icon Pack, Themes for Keyboard, Themes for File Manager app, and much more.

The Android Launchers are the most fun part of applying themes on an unrooted Android device. Homescreen and app drawer are two of things that you most interact with on your Android device. They are also the first things you see and interact with as soon as you unlock your Android. So, it is really important that you choose the best Android launcher to make your Android experience smooth. To be honest, the stock launcher that comes pre-installed with most Android devices is very uninspired and lack the most needed helpful features. So, let us get it out of the way first and change the launcher on your device to the one that you can actually enjoy using.

Lawnchair launcher is the newest player in the game and it brings some interesting features to the table. Not so long ago, the default Google Pixel launcher started gaining traction among the non-Pixel users and many developers started porting the Google Pixel Launcher to other Android devices as when a new version came out. But the problem with such ports is that they are not compatible with all devices and they were not available on Google Play Store. This is exactly where Lawnchair launcher comes in. If you are looking for a Pixel-like experience on your Android device, then Lawnchair launcher is your best bet. The launcher is extremely lightweight and has all the Pixel Launcher features along with some handpicked features. Here are some of the features of the Lawnchair Launcher: The ones mentioned above should satisfy the needs of most Android users. But, hey, who am I to decide that? Google Play store has tons of launchers and here are some of our favorites:

You might also want to take a look at this video by the awesome Mrwhosetheboss for some interesting new launcher finds:

As soon as you have installed a new launcher on your Android device, the next thing you are going to notice immediately is how inconsistent all your icons look. I am going to be honest here, most of the Android apps do not have a great looking icon. If you have ever used an iOS device, you would know what I am talking about. If you are looking for a colorful replacement for your boring-stock-icon pack, then read ahead.

This is one of the most complete icon pack available for Android at the moment. If you like how stock Android looks and feels, then this is the icon pack you are looking for. To put it simply, this is what the icons would look like if Google had decided to make their own icon pack. All the icons follow the material design and are beautifully designed to reflect the beauty of Stock Android. 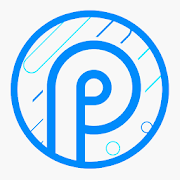 All right, as I had said before, iOS has some of the most consistent looking icon packs on any platform. All the icons follow the same design language. While this may not be for everyone, if you happen to love how iOS icons look, then you are going to love this icon pack. This icon pack is constantly updated to include any newly released apps or apps which are left unthemed in the previous update. If iOS theme is your thing, then you must check out this one. Samsung used to have one of the most bloated UI of all time but all that changed last year when Samsung unveiled the OneUI. OneUI is simple, clean, and puts user experience first. Sure, OneUI may not still be as fast as Stock Android but its miles ahead of what Samsung once used to offer. The OneUI comes with a completely revamped UI and unique design. If you are a fan of OneUI or if you are simply looking to try something different, then this one is for you. 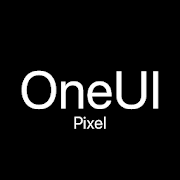 You either love MIUI or you hate it; there is no in-between. But you cannot deny the fact that it is one of the most famous Android Skins at the moment. MIUI is one of the first Android skins that brought native theming to Android devices. MIUI has gained quite a bit of fan following over the years. The latest version of MIUI comes with flat and minimal icons and so is this icon pack. If you like minimalism and like flat design, you should definitely give this one a try. 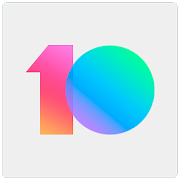 Much like launchers, there is no shortage of icon packs in the Google Play Store. But not all of them are worth your time (or money, if they are paid). Apart from the ones we had listed above, here are some of our favorite icon packs:

Gone are the days where you will download and save the wallpapers by visiting countless websites. The Google Play Store has tons of free wallpaper apps which offer some stunning wallpaper at no cost. Here are our top picks for the best Wallpaper apps for Android:

We constantly use the keyboard on our devices to text and also to perform various activities on the device. Hence, using the same theme on the keyboard might get quite boring as we are constantly looking at it. And also, some people like a black theme on their keyboard as compared to the white theme that comes pre-installed on most Android device keyboard. The solution is Gboard. Gboard is hand-down the best keyboard app available for Android devices. Gone are the times of Swift Key Keybaord and Swype Keyboard. If you are looking for a simple, easy to use, clean keyboard app for your Android device which also has a lot of themes, then Gboard is your option. Chances are that your device already has Gboard installed on it but you have not taken advantage of the Gboard’s themes functionality.

To use Gboard themes: Summon the Gboard by clicking on any text field. One you are in Gboard, in the top row you will see the ‘Settings‘ icon. Click on it and then click on ‘Themes‘. Here you will find all the available Gboard themes.

Android Themes is probably one of the best things happened to the Android ecosystem. It helps the user to customize their device as desired by them and make it truly theirs. In this article, we have compiled a list of all the possible Android Themes which are available for free download. This article will be updated as and when new Android themes are available.

If you have little more time and are interested in even more ways to customize your Android device, you might want to check out the below video:

What is your favorite launcher or icon pack or Android theme? Did we miss out any of your favorites in the above list? Do let us know in the comments below!